Burgundy or Claret…are we talking the colour or the wines? 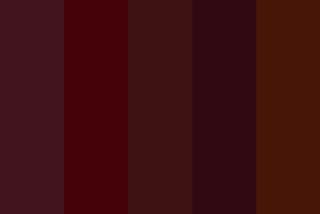 as a colour is a shade of purplish red usually associated with the Burgundy wine of the same name; this comes from the Burgundy region of where that particular type of wine or grape variant is produced. The colour Burgundy itself is similar to other shades of dark red such as maroon and claret also a wine name so therefore it is often called wine red, or simply wine. We can’t forget Sangria which is also a reddish colour that resembles Sangria wine. Sangria can also be described as a burnt red. The word ‘sangria’ comes from . The word that it originates from is ‘sangre,’ which basically means blood. This is an appropriate name considering its colour.

, claret or sangria have a major resemblance to dark carmine, crimson and many other dark reds. It is classed as a red and sometimes as a violet. The non-red categorisation of this colour could be largely up for debate, because its relation to violet is quite vague. If anything; it could be classed as a dark pink, just a red or even a slight brown.

Claret which as a wine is a now uncommon dark rosé and the most common wine exported from until the 18th century. It is a protected name within the European Union, describing a red Bordeaux wine, accepted after the British wine trade demonstrated over 300 years' usage of the term. Claret is occasionally used in the as a semi-generic label for red wine in the style of the , ideally of varietals authentic to the region. The French themselves do not use the term, except for export purposes.

Artistically I use this colour for wine when painting it into my artworks. I don’t usually use it for anything else however occasionally it does come up as a popular colour in decorating schemes and would work well in décor art especially with silver and grey or black.

To make claret or burgundy which is dark Red, you will need a red pigment and Black pigment at around 8% Black, depending on the depth of the pigments you are using. If you want a colour which is like claret wine, you will need to mix in a very small amount of blue as well; I find French ultramarine works best for a good hint of blue.

As in the blog image burgundy, maroon, claret it can be so many different things, but end of the day it is some form of purple red