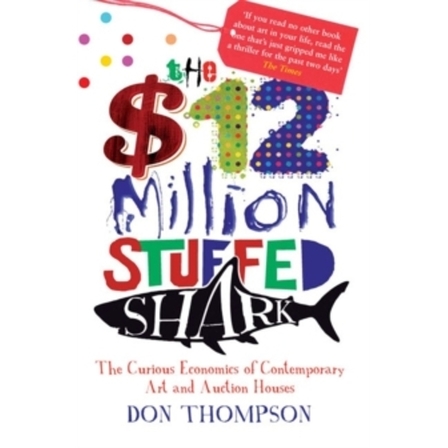 In 2009 a pile of Rubbish won the National Contemporary Art Awards here in Hamilton New . It created a furore like no other. We are used to the outrage and shock from the public each year over the winning pieces and that’s exactly what the people who run it want…controversy and people talking about it. Well this time I somehow got embroiled in it, A request to write our thoughts to the paper got myself and a fellow artist a lot of sudden and surprise attention and we were asked by local TV and radio stations and even the BBC in London interviewed me to explain why it got us so worked up. We were accused of being naïve, sore losers (We weren’t even entrants!) and ‘Sunday painters’ who only created work to go with Nana’s curtains; and  that we were publicity seekers looking to further our own careers. We apparently didn’t understand conceptual art although I beg to differ; just because we don’t practice this type of art doesn’t mean we don’t understand it. Now  I admire some of the winning artists work, have a look for yourself http://www.danemitchell.co.nz/  but I still stand by my views on the pile of rubbish, its just that…a pile of rubbish!

Just to be sure I did understand conceptual art I decided to study up on it a bit more and came across this book  (along with a couple of others of interest!) which I think is a recommended read to both artists wanting to make it to the big time and also art collectors, as the art world we know  and live in is not  always what it seems. Highly recommended reading; here is the synopsis-

Why would a very smart investment banker pay twelve million dollars for the decaying, stuffed carcass of a shark? By what alchemy does Jackson Pollock's drip painting No.5 1948 sell for $140 million? And why does a leather jacket with silver chain attached, tossed in a corner and titled 'No One Ever Leaves', bring $690,000 at a 2007 Sotheby's auction? The Twelve Million Dollar Stuffed Shark is the first book to look at the economics of the modern art world and the marketing strategies which power the market to produce such astronomical prices. Don Thompson talks to auction houses, dealers, and collectors to find out the source of Charles Saatchi's Midas touch, and how far a gallery like White Cube has contributed to Damien Hirst becoming the highest-earning artist in the world. He unravels the Byzantine sale procedures by which the top auction houses maintain both premium prices for what they sell and their own pre-eminence, but also shows us a market whose most spectacular excesses are driven just as often by far simpler human urges like lust and self-aggrandizement. It is a world in which brand is all-important, and which in many ways has most in common with the branded world of luxury fashion. The result is a fascinating, shrewd and highly readable insight into a modern-day phenomenon. Don Thompson is an economist and professor of business specialising in art. He has taught at the London School of Economics and the . This is his first trade book. He lives in and . Buy it here at amazon.com