Something about nothing much Part 1 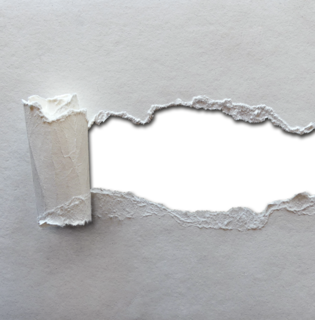 Some days Im simply stuck on what to say, I still have around half a year to write things for this blog, but hey at least I can celebrate making it to that half way mark!

What do you write about when your desk is piled with papers and you know you have to get your tax return done and off to the accountants before they apply a penalty for being so damn late, or what about all those paintings you need to create while you’re not feeling really creative, especially when this desk is now getting buried under the paper pile and concentration is getting low.? Well you start to talk about crazy stuff like just what is in that paper pile, if I delve deep enough I might even get some of it tidied away so here goes…….

The usual accounts and receipts that need filing, well at least they’re all paid up I suppose, but what’s this, a book of courier receipts I thought I’d used up, that’s an excellent find, after all that’s worth money and I need some of those tomorrow.

I can see my camera case peeking out from under the pile too but not the camera, wouldn’t mind finding that as my dear cat Pablo is sitting on top of the photocopier with his face buried in his paws and I simply know that would make an excellent painting….hmmmmmmmm

A small box of  novelty ice-breaker paper ring thiniges you’re supposed to put around your wine glass as a sort of ‘tell my drink from yours’ gesture as well as having a question to well, break the ice….never been used as Ive never been stuck for conversation, must have brought them by accident.

Pens galore and a few pencils, most with broken leads, must have been meaning to sharpen them because look there’s the pencil sharpener I was missing too!

I don’t know about you but I like post it notes, that’s when I can find them, well guess what I found buried in the paper pile, three different coloured ones. One with a reminder on it to enter a particular art exhibition, if only I could find the forms that is!

A statement for some greeting cards I’d sold, must file that after I’ve claimed the funds, and a strange little white box, not sure what’s in that, so Im going to open it…..nothing exciting just a halogen light-bulb for my exhibition space, must pop that in the car for next time I’m over there.

Really liking the pearl beads in a dish with a chap-stick, ok so I did know that was there but not the beads, they were buried under a pack of tiny playing cards from last Christmas and a bag of some weird attachment thingies Im not sure about.

There’s some stickers for the back of my paintings and wicked a book titled ‘How to be organised in spite of yourself,’ clearly I haven’t read that one yet!

Some fabulous photos of my cat when he was a kitten but I assure you they haven’t been there since he was a baby, I know I only dragged them out recently for my new pet portraiture line.

Ive found some very cool stickers that Im not really sure why I brought them its not like I use stickers fro anything, must give them to someone who does.

Opps there is the forms for that art show I couldn’t find before and oh dear missed the deadline for that one, oh well never mind it wasn’t meant to be I guess!  Twelve pens, one of which looks like a syringe, very cool, must keep that and use it. My ipod, I wondered where that had got to….its all tangled up in the fake monarch butterfly I use to pose for my butterfly paintings, next to that is a lipstick and a nail file and numerous notes to do stuff, which I guess I haven’t done half of what’s on those either! A day planner and last years diary, they were sitting on top of a CD disc the photographer gave me of the photos he took of my last show five weeks ago, I was wondering where that was…… and hey look there’s the desk top, and its not the colour I thought it was….fancy that!