The Brain Thing, left, right, wrong which way is up huh? 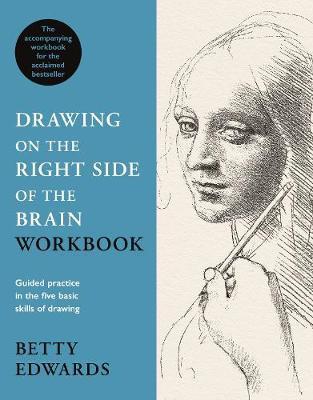 The Brain thing, left, right, wrong which way is up huh?

The concept of right brain and left brain thinking developed from the research in the late 1960s of an American psycho-biologist called Roger Sperry. He discovered that the human brain has two very different ways of thinking. One (the right brain) is visual and processes information in an intuitive and simultaneous way, looking first at the whole picture then the details. The other (the left brain) is verbal and processes information in an analytical and sequential way, looking first at the pieces then putting them together to get the whole story. Sperry was awarded a Nobel Prize in 1981, although subsequent research has show things aren't quite as simple as they once thought.

Its true we do have only one brain, but it's got various individual parts. There is the cerebral cortex that controls rational functions, and is the main part that is made up of two halves. These two halves are connected by masses of nerve fibres which allow 'messages' to pass between them. Funnily enough these halves are commonly called the right brain and left brain. For some reason, our right and left hemispheres control the opposite side of our bodies, so the right side of our brain controls our left side and processes what we see in our left eye while the left side of our brain controls the right side and processes what our right eye sees.

Surprisinly it has nothing to do with which hand you use as your dominant hand either, being left handed does not make you a predominabtly right brain user nor vice versa.. And remember, just like you don't do everything with only the one hand, so your brain doesn't do everything with one side, although there is generally a preference. It has been noted however that a significant number of artists are left-handed, and more so than would be suggested by the one-in-ten occurence of left-handedness in the population. I myself am left handed and one of my daughters is but both have artistic ability and my right handed grandson is quite artistic too.

So how does the Right Brain / Left Brain Concept relate to Artists? Well when you start a painting, its necessary to be able to visualise the finished artwork in your mind (this is the right brain, working things out), then you need to start developing the painting, chosing the elements, matching and mixing your colours, placing in the shadows and highlights etc (this is your right brain working on various things simultaneously, pretty cool aye!), but at the same time you need to be able to look critically at what you've doing (so this is where the left brain comes in to play and it does the analytical bit, also a necessary part of the process!). When I was teaching art business studies I found the artists who were most resistant to marketing and learning that side of things also tended to be the most productive with their work but sold the least, finding a happy place with doing both is so necessary unless you are lucky enough to be discovered by someone rich and influential who creates your career for you, sort of like winning the lottery. Best to try and learn to do both is my advice.

Though right-brain or non-verbal thinking is often regarded as being more 'creative', there is no right or wrong here; it's merely two different ways of thinking. Just like being right-handed is not superior to being left-handed, although its amazing how often we still hear this ‘ideal’ from some right-handed individuals and the majority of tools being developed with only right handed people in mind  (Can you tell Im left-handed?!). What's important is to be aware that there are different ways of thinking, as well as knowing what your natural preference is, and if it's strongly verbal (as in left brain) rather than visual (the right brain)  you can be open to trying new approaches which deliberately approach painting or drawing in a right-brain sort of way. Its rare that artists do both realistic type work (What they can see.) as well as imaginative type work (What they cant see!) at the same time, but it doesnt mean it doesnt happen, its just that most seem to chose to stick with onew or the other. I personally have found that it takes quite a bit of 'brain power' and energy to switch over at times!

Most of us have heard of the book ‘Drawing on the right Side of the Brain’ by Betty Edwards. In this book Betty puts forward techniques which you can use to consciously access the right side of the brain with your drawing; it helps you draw or paint what you see rather than what you know. It's become a cult classic and has helped many people to draw who thought they couldn’t before. I had a go at some of the techniques along with one of my daughters who thought she couldn’t draw and we enjoyed the process. Turned out my daughter could draw and really well but I needed to be able to show her this method to get her started and ended up utilising this for my art classes as well! I think it’s often just a mental block or fear of failing that makes people not try art! So if you know someone like that, get them this book! here is the link -

Drawing on the right Side of the Brain

If you found this information useful please do consider a small donation by visiting my kofi.com page by clicking on the button below

Tags: concept of right brain and left brain thinking  are most artists left-handed