I Paint what I see, a poem about Diego Rivera 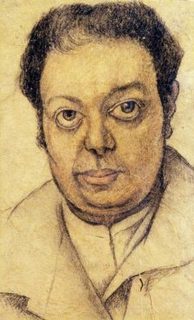 I Paint What I See

"What do you paint when you paint a wall?" Said John D.'s grandson Nelson.

"Do you paint just anything there at all?

"Will there be any doves or a tree in fall?

"I paint what I see," said Rivera.

"What are the colors you use when you paint?" Said John D.'s grandson, Nelson.

"Do you use any red in the beard of a saint?

"If you do is it terribly red, or faint?

"Do you use any blue? Is it Prussian?"

"I paint what I paint," said Rivera.

"Whose is that head I see on my wall?" Said John D.'s grandson Nelson.

"Is it anyone's head whom we know, at all?

"Is it Franklin D.? Is it Mordaunt Hall?

"I paint what I think," said Rivera.

"I paint what I think," said Rivera,

"And the thing that is dearest in life to me

"In a bourgeois hall is Integrity;

"I'll take out a couple of people drinkin'

"And put in a picture of Abraham Lincoln,

"I could even give you McCormick's reaper

"And still not make my art much cheaper.

"But the head of Lenin has got to stay

"Or my friends will give me the bird today

"The bird, the bird, forever."

"It's not good taste in a man like me," Said John D.'s grandson Nelson,

"To question an artist's integrity

"But I know what I like to a large degree

"Though art I hate to hamper;

"You painted a radical. I say shucks,

"I never could rent the offices.

"For this, as you know, is a public hall

"And people want doves or a tree in fall,

"And though your art I dislike to hamper,

"I owe a little to God and Gramper,

This poem was first published in The New Yorker, May 20, 1933 during the controversy over Diego Rivera's mural in the Rockefeller Centre which was destroyed the following year on February 9, 1934. Food for thought?