What's with this Character called Boozehag? 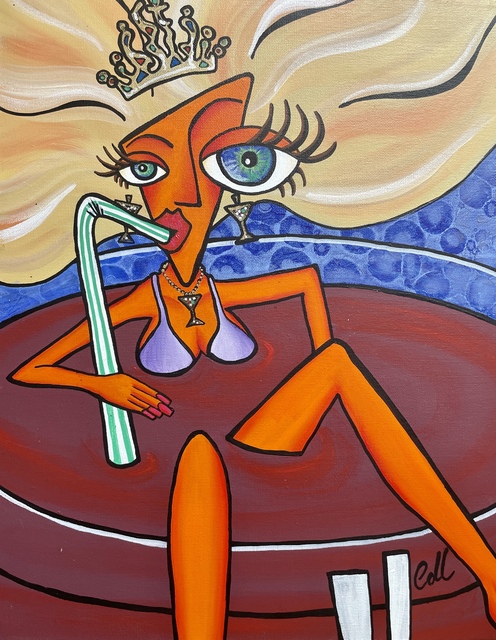 Who is Boozehag? or for that matter what is a Boozehag? Let me answer those questions

Back in 2002 I created a fun character called Boozehag, well her actual name is Chardonnay Minx but she is known as “the Boozehag” which as the Urban Dictionary defines is a women who has a tireless appetite for boozing and is not only very good at it but is also much fun to be around. Subject may also be described as being just like 'one of the boys'. A term of endearment.

I couldn’t say it better myself.

At the time of her conception I was spending a bit of time at a particular bar with a good friend of mine and getting to know the staff who on finding out our nick names for them decided we deserved one too and hence the first time Id heard the term. A simple painting of a triangle faced creature with a glass of wine was the first Boozehag and before long many more were created. The demand for the artworks was surprising and it wasn’t long before a need for a merchandise range was realised. I started working on creating a range later that year that would suit the concept of what Boozehag was and to this day it is still evolving. There is a lot of hard work, research and development that goes into creating merchandise, some of it succeeds and some of it doesn’t. Finding manufacturers that fit the bill as in not too expensive yet are able to create a good quality product are hard to find. You need to consider quantities as often the price is better if you buy in bulk, however being able to sell thousands of a product is your next issue. I don’t feel there are 25 thousand boozehags in so I usually don’t opt for that amount of products at the time of manufacture! If you have the ability to market your work well and the necessary contacts then by all means go for it. A few contacts in international markets will be of great help also. 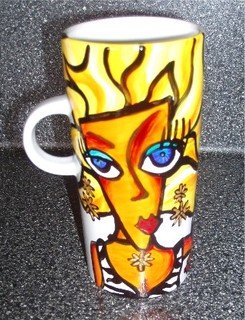 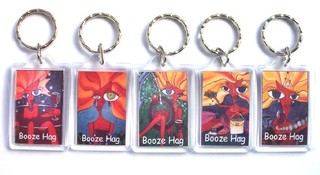 In 2004 I teamed up with another gallery owner and we came up with the idea of creating a club with a website for Boozehag. We had a huge launch party where the lindauer flowed as we were lucky enough to get sponsorship for it. Topless waiters and a drag queen to entertain were a fun element and ever since we have such things happening at Boozehag exhibitions to this day.

The club eventually folded, as there were issues with some people thinking we were promoting alcoholism and many thinking I was 'the Boozehag' literally. I enjoy a few wines but I’m certainly not the soak they thought I was so it came time to separate myself from the character and I attempted to kill her off. We came up with the scenario of her choking on an olive from her martini while water skiing and hoped that was the end of it. It wasn’t!

The demand for the artworks was still high, even a name change of ‘Glamour Girl’ then 'Chardonnay Minx' didn’t deter buyers, they still called her Boozehag and so eventually I gave in and am still painting different versions of her today.

Boozehag can be found in now, a gallery there has embraced the concept and you will find Chardonnay Minx reclining on beaches, in the lagoon and underwater with flowers in her hair and cocktails galore.

Have a look at the Pop Arts Page on this site for recent Boozehag paintings that are currently for sale here in New Zealand.

The merchandise range is no longer available however sorry. The jewellery and coasters, coffee mugs, t-shirts and the ‘I Don’t Do Domestic” range of aprons and t-towels etc werel hugely popular with most selling out over the Christmas 2009/2010 period.

Commissions of your own unique portrait in this style of artworks still happen today and if you're keen to get your own commissioned please, dont hesitate to CONTACT US