Cake decorating another artform for those who can! 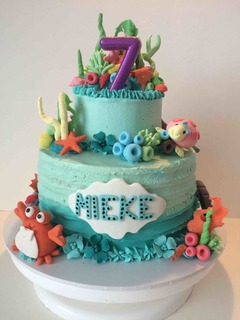 Cake making and decorating is not my forte; in fact to be honest I’m only average at it! I would literally break into a cold sweat thinking about creating some master piece for my children’s birthdays when they young as being an artist everyone expected me to be really clever at it and I simply wasn’t!

Over the years after several rather interesting attempts with teddy bears and melting candles etc, I gave up and got cakes made for me, I was happy and so were the recipients, i.e. my kids, husband and anyone having to eat them!

It doesn’t mean I don’t appreciate a well made cake in fact I really admire an artistic cleverly designed one. My great aunt made some amazing cakes, I recall watching her put together a huge wedding cake of several tiers for a Dutch couple; it had delicate icing windmills and was absolutely breathtaking. These days you tend to see more simplistic designs but it doesn’t mean that they’re easy to create.

Cake decorating is one of the sugar arts that use icing or frosting and other edible decorative elements to make ordinary every day type cakes more visually appealing. Cakes can also be molded and sculpted to resemble three-dimensional designs including people, places and items like sports balls or ballet shoes, boats and castles, I think I’ve even seen a calculator which was done for an accountant, there is no bounds on what can be made it seems!

In many areas of the world including , decorated cakes are often a focal point of special celebrations such as birthdays, weddings, graduation celebrations, bridal showers and anniversaries. Part of the ceremony other than everyone ohhhing and ahhhing over how beautiful it looks is the first cutting of the cake and lots of photos are usually taken to commemorate the event.

Cakes actually originated way back in the 1840s, when the advent of temperature-controlled ovens and the production of baking products like baking soda and baking powder to help them rise, made baking cakes much easier. Even though baking from scratch went on the decline during the latter part of the 20th century, decorated cakes have remained an important part of celebrations. Recently cakes decorated with fondant have become extremely popular again and even photos can be reproduced onto icing personalising the cake even more.

There are many many books on cake decorating that have simple patterns and step by step guides to making and decorating cakes for the home baker, here is a link for how to transfer patterns to a cake and also a pattern locator so you can find what you’re looking for. http://www.wilton.com/decorating/patterns/

Update - 2021 - I learnt how to decorate cakes and have included some pictures of my favourites, I hope you like them and dont judge me too harshly. The key for me was not having expectations of perfection. If someone wants a cake they have to let me have a bit of artistic license as the final outcome is not going to be an exact replica of what they asked for. Some turned out better like the underwater themed one in the main photo while others were a nightmare and things didnt always go to plan. needless to say I enjoyed the decorating but not so much the actual cake baking. Using fondant is cool for modelling things but it tastes gross so I had to learn how to use buttercream and would often combine the two in a creation with mainly buttercream covering the cake and the decorations in fondant which in it self can be problamatic as one would soften the other so you literally could not put them together until the last minute, the other problem that would occur was buttercream needs refridgerating while fondant doesnt like moisture. I would literally have to keep the cake cool in the fridge (we have long hot summers here and most people want cakes in summertime!) and then add the extra pieces just before leaving to deliver the masterpiece and hope they were going to keep it somewhere cool if not cutting soon after! This meant keeping fingers and toes crossd that everythig worked and fit etc as there was no time to change anything.
I never want to do cakes as a living, too damn stressful, I'll still stick to the pay someone else if I can help it! 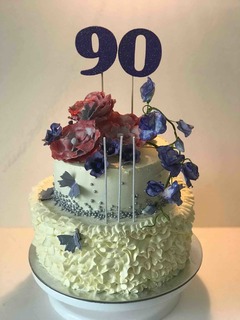 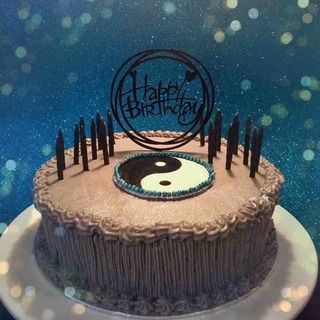 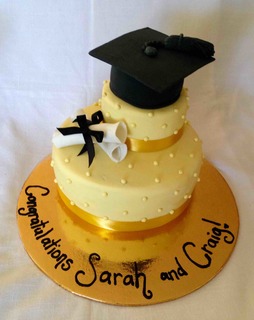