Art of the Geisha 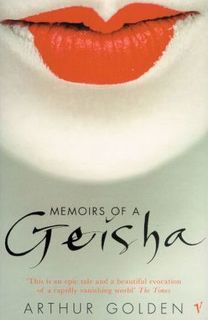 In the streets of modern Japanese cities amongst the dark suits and strict corporate dress codes, it is still possible to see reminders of ancient tradition - unusual women in bright kimonos with white powder wax on their faces and tradional sculptured  hairdos.

Geishas hurrying to work and the men, who are waiting for them, wait in small tea houses, parties or at presentations. Their clients are the rich Japanese and these days many European and American business men, who are curious about the Geisha or just delighting in being part of the tradition that is nothing like the western perception of women of the night (prostitutes); they are able to appreciate the cultural traditions and step back in time to another era when it was an art form to be served tea and entertained by women in a lady like manner. To spend an hour with the geisha is considered prestigious for the Japanese, and for some European men it is almost a limit of dreams.

Back in the beginning parents sold their daughters to house ‘Mothers’ to become geishas. The girls had to work really hard to pay back the money, which was spent on purchasing them, their day to day upbringing and most important, their Geisha training.

It wasn’t easy getting into the Geisha schools, places were extremely limited and only the best and prettiest were taken on; if they were fortunate enough to be, then the young geishas did not to worry about the present or future: there they would be fed, clothed and educated. Young Geisha were taught to sing, dance, and learn the elaborate tea ceremony; they had to learn to play several  instruments – from the drum through to the Japanese flute. They had to play and sing easily and gracefully, constantly remembering that it was their role to be the dream of any Japanese man.

In general, the day to day life of a young geisha was about doing a lot of work about the house, especailly the newest girls, she was expected to be grateful to the house ‘Mother’ for it. Part of her role was to meet the most important geisha from work, even late at night and help her to be seen in the right places with the right people as well as helping them to prepare for sleep, the elaborate hairdos and makeup, kimonos and so on were not exactly easy to get into and out of and required some assistance. A good geisha usually has enough work to do, including everyday orders and the planned solemn ceremonies in tea small houses for six months to a year ahead and this alone takes a lot of work from the house ‘Mother’ and young geisha to keep on top of.

One of the first things a geisha is trained in is the art of Japanese makeup. Our makeup attempts before work or an evening out are nothing in comparison with the Japanese makeup of a geisha. First the geisha greases the face with a suitably expensive cream (Apparently there was a legendary medicine from the nightingale bird’s excrement, I'm hoping thats not true but hey there are much weirder ideas out there like mascara coming from cow poo!), she would then warm up a tiny slice of powder wax in her palms which she would rub into her skin. Using a brush she would accurately render a paste, which would make the skin porcelain-white. There is a set design for this that goes part way down the back and across the décolletage up to the hairline. 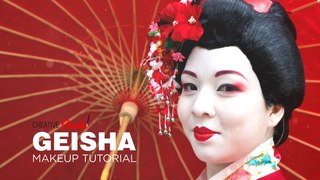 In the beginning of the last century, girls still used Japanese makeup under the name "the Chinese clay" which had a dangerous base of lead. It was considered good for its excellent coverage, except that when the geisha who wore it too often ended up with droopy skin and very obvious side effects from lead poisoning. These days there is a special Japanese makeup for geishas which do not harm their skin. Being a form of stage makeup like facepaints as well, it is not easy to wash off.

Painting and decorating is the next stage of the Geisha makeup. Bright blush goes on cheeks to match the colour of the kimono that the Geisha will be wearing that evening; lips are painted out and then turned into scarlet petals to create a new mouth that is more like a tiny bow, similar to 1920s makeup but more defined. Because of all the hard work to create this look it is strictly forbidden for the Geisha to cry or sweat, like damn if youre having a bad day, no room for emotions here right. Imagine what a hot day would do to the Geisha, it’s not such a simple task as racing into the ladies to apply a little more lippy and powder like we would.

Geisha today are not like the Geisha of olden days, rules are a lot more relaxed and the many Geisha seen around modern day do not have the finesse and mystic of the real Geisha. In fact many are no more than modern day call girls with the Geisha façade and would make real Geisha turn in their graves if they saw what their art had become.

My recommended read is ‘Memoirs of a Geisha’ which is also out in movie form. A great read by Arthur Golden and as is usual, much better than the movie! I absolutely loved reading this book and although the movie was good, the book as is most often the case is much more detailed.