The art of Jewellery Making 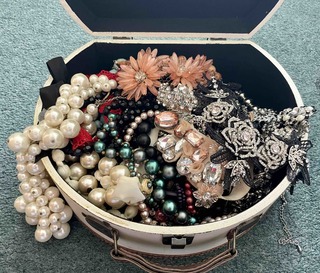 Jewellery, the art of creating items in gold or silver or other metals as well as many other materials for adornment and beautification is an interesting and very old art form.

My foray into this filed has been no more than a bit of beading and design and an attempt many years ago at a night school course creating silver jewellery, where we can just say I didn’t get far past the welding of a piece of silver to create a simple band to wear as a ring! These days I admire and buy all my jewellery from other artists instead.

In the ancient world gold was the preferred metal for making jewellery. It was rare and did not tarnish, best of all it was malleable, so it could be worked fairly easily. Magnificent jewellery including bracelets, pendants, necklaces, rings, armlets, earrings, head and pectoral ornaments as well as collars of gold were all produced in ancient Egypt, the land of the Pharaohs, while in ancient Greece, beads shaped as natural forms like shells, flowers and beetles were manufactured on a much larger scale.  Evidence of these beautiful and delicate necklaces and earrings were found in burial sites in .  By 300 BC the Greeks were making multi coloured jewellery and used emeralds, garnets, amethysts and pearls. They also used coloured stones, glass and enamel.  Beads were made by joining two flat pieces of gold and filling them with sand.

Jewels have always been used as love tokens and whilst many pieces were fine gems and precious metals, good fake jewellery intended to deceive existed not just for those who couldn’t afford the real thing but to deter thieves from the real pieces in major collections.  Fake pearls were developed by Jaquin of Paris in the 17th century.  He coated blown glass hollow balls with varnish mixed with iridescent ground fish scales.  The hollow balls were then filled with wax to strengthen them.  This method made the main producer of fake pearls for over 200 years.

In the 1920s Lalique designed good mass produced quality glass jewellery. This was when the term cocktail jewellery first originated, when cocktail parties were all the rage.  It was greatly influenced by Coco Chanel and Elsa Schiaparelli.  They both encouraged clients to use costume jewellery and to mix it with genuine gem pieces they already owned.  Both these fashion designers offered imagination and fun and were known to often wear fabulous fakes.

By the 1940s and 1950s American culture was very dominant in .  The influence of movie films and the prominence of film stars like Marilyn Monroe set the fashion in manners, make-up, hair and clothes.  People wanted look alike copies of jewellery worn by their screen idols as it was widely believed that glamour would rub off on you if developed the look.

Because of technical advances in production methods, a huge range of styles was available from , and since it was so popular the market became dynamic and inventive and affordable. 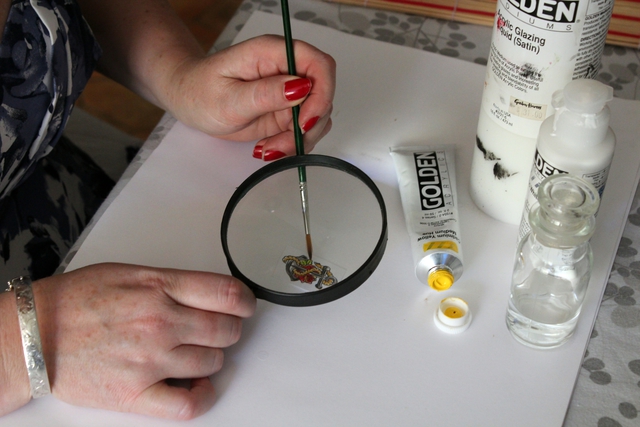 In the 1980s there was a huge revival of costume jewellery after the glitzy scenes from the television soap operas Dynasty.  Diamantes worn during the day became almost normal in reality and earrings reached such huge proportions that by the 1990s lavish dress jewellery was replaced by tiny real diamond studs or fine stud pearls.  As soon as the fashion was declared dead by everyone, it came back and is once again a big fashion statement in the 2000’s.  Now fabulous fakes, have gained ground once more and can be seen both as a day and night statement.

In fact anything goes these days, from toe rings and body piercings to earrings of chandelier proportions to ethnic jewellery and even soft materials normally associated with clothing for those who suffer metal allergies. I have so many pieces of jewellery, (mainly costume jewellery.)  That I need a filing system just to keep track of it all. I prefer rings, bracelets and necklaces myself.  Check out the art on bangles at http://www.bajidoo.com/  which is an American site. They are currently featuring art on the jewellery by some of our own artists and are absolutely exquisite.