Are Knots an art form? 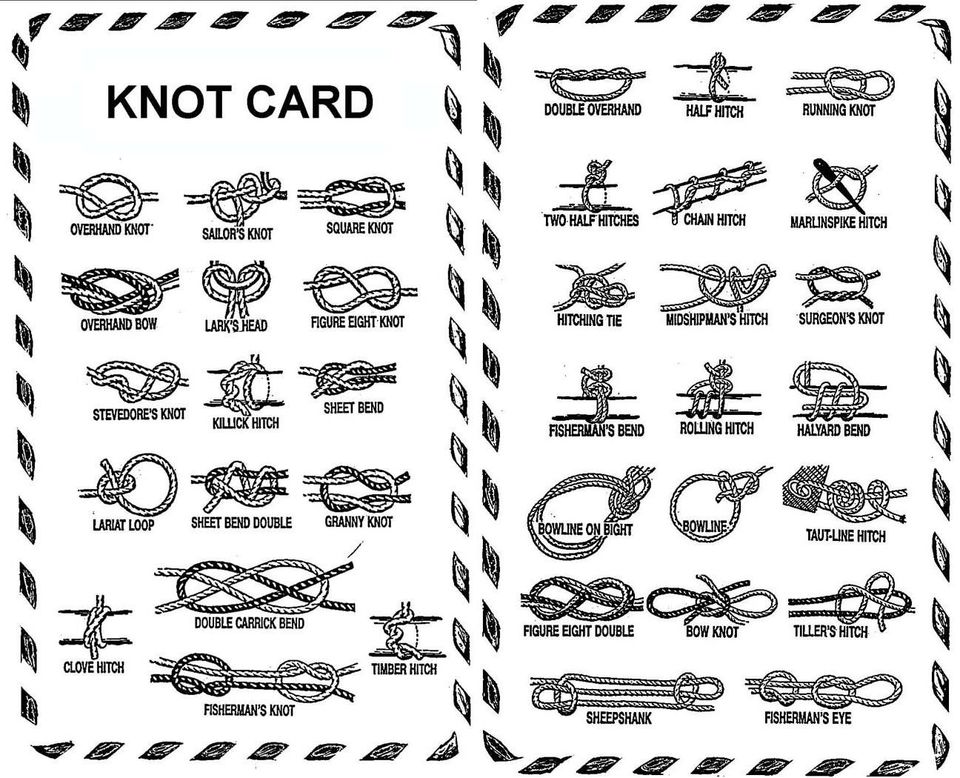 The Art of Knots!

This website shows little clips on how to tie seven basic knots, I just love the name too ‘The art of manliness, which is just classic -

http://artofmanliness.com/2009/06/24/7-basic-knots-every-man-should-know/  so check that out if you want to know how to tie certain knots!

My blog today though is about knots in art, so here goes- Most of us know what Celtic knots are, but did you know that they are not actually exclusive to the Celts? They actually begin at an earlier time in history with an appearance in Roman mosaics and were also well used by the Vikings and Saxons. Pretty much they are patterns made by ropes which are intricately woven but not inevitably into the shape of a knot. Some are even continuous in that they lack any loose ends, these ones are called Gordian knots, after the legendary knot that Alexander the Great attempted to unfasten. When he was unsuccessful, as he simply had to be as the knot had no end, he took his sword and sliced it through, cutting it in half which then created two ends.

Intricately knotted patterns are often found in art work from the early Roman Empire around 3rd and 4th A.D., and were found mainly in floor mosaics. Celtic decorative work integrated key patterns, spirals and step patterns. In early Christian texts from the Celts they had these patterns which also included art work that depicted plants, animals and other images from nature. These patterns of woven plaits were also found in various other places and time periods.

Plait work which is another variation refers to an uninterrupted woven cord and appears in earlier art work previous to the development of genuine Celtic knots. The initial designs of typical Celtic knots were seen in southern Gaul and northern Italy and they reached Ireland by the seventh century. These days Celtic knots are associated with Scotland, Wales or Ireland.

One type of Celtic knot, called the Trinity knot, is often found in very old Germanic rune stones and coins from the northern part of Europe where it was used as a pagan symbol, probably related to the Norse god Odin. The Trinity knot is linked to the Insular art phase of Celtic and was used in illuminated texts and on metal work. It was usually used along with other types of Celtic knots and very infrequently used on its own. Although we don't know if the Trinity knot had any symbolic meaning to the Celts the more contemporary interpretations have given it a particular implication as a symbol of things that are threefold, for instance, as mother, daughter and granddaughter, the past, present and future or the Holy Trinity.

These days the Celtic knot is a well-known motif that is used in both gold and Celtic knot silver jewellery as well as tattoo body art with New Zealand leading the trend. Lots of designs and styles are produced and Celtic knots can be seen on rings, earrings, pendants and anklets.

Another site to check out on the art of knots is a site called ‘Its Knot Art’ by a guy called William http://itsknotart.wordpress.com/  who takes knots to a new level! Check it out!