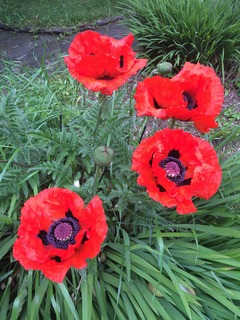 All species of poppies are attractive and most are cultivated as ornamental plants. A few species have other uses, principally as sources of drugs and foods. The opium poppy fir instance is so widely used, for both drugs and food, that its world production is monitored by international agencies. It is grown for opium and opiates obtained from it, and its poppy seeds for use in cooking and baking, along with poppy seed oil for both culinary and other uses, as well as being an ornamental garden plant.

Poppies have long been used as a symbol of both sleep and death: sleep because of the opium extracted from them, and death because of their usual blood-red colour. In Greco-Roman myths, poppies were used as offerings to the dead. Poppies are used as emblems on tombstones to symbolise eternal sleep. This aspect was used, fictionally, in The Wonderful Wizard of Oz to create magical poppy fields, dangerous because they caused those who passed through them to sleep forever.

A second meaning for the depiction and use of poppies in Greco-Roman myths is the symbolism of the bright scarlet colour as signifying the promise of resurrection after death. The poppy of wartime remembrance such as for our ANZAC remembrance is Papaver rhoeas, the red flowered Corn poppy. This poppy is actually a common weed in and is found in many locations, including Flanders Fields, the setting for the famous poem by Canadian surgeon and soldier, John McCrae. In and artificial poppies are worn to commemorate those who died in War.

So what about art? Poppies have long been a subject that sells well for some artists, I have a friend who paints predominantly poppies and her work is snapped up quickly. Is it the colours or subject or is it both? I think her work is great, she thinks it is boring, but it pays the bills! Others follow suit and there are many artists who try, the print catalogues are certainly full of them.

And what about tall poppies, in the news recently they talked of what exactly constitutes a tall poppy, claiming some people are just too big for their boots or famous for being famous and don’t deserve the right to be called tall poppies and therefore unable to be cut down in that manner. I think that’s just classic, because isn’t that what tall poppies are all about, someone that makes other so envious they want to cut them down to size, make them more ordinary and earthed? In laymans terms being mean and spiteful and belittling someone who has become successful because you're jealous of their success. 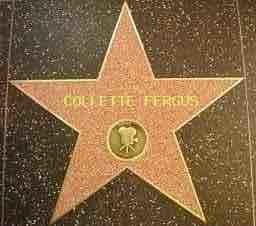 Belief in the strength of this cultural phenomenon, and the degree to which it represents a negative trait, is to some extent it is influenced by politics. Conservative commentators often criticise Kiwis for their alleged desire to punish the successful. Critics of the tall poppy syndrome suggest that the is relatively free of these tall poppy attitudes. Americans are thought to appreciate the successful, seeing them as an example to admire and attempt to emulate. In the cultures of the and Commonwealth nations, some people often resent success in others.

Some people have argued that tall poppy syndrome is a universal phenomenon that is more common in some cultures. In , the expression "The nail that sticks out is hammered down" speaks of the same intent. A related concept is that of a crab mentality in which members of a disadvantaged community are seen as undermining the success of community members. The image is drawn from the observation that a crab clawing its way out of a bucket is pulled back down by his fellows.

Tall poppy detractors, just what do they hope to achieve I ask you?

Tags: what are tall poppies