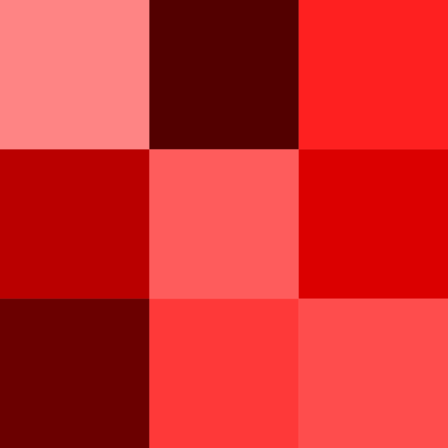 Why is Red such a popular Colour?

Red is my favourite colour, both in my life generally as well as in my art. It’s a colour that can have two distinctly different meanings, and is considered to be the strongest and most vibrant of all colours. Red conjures up a range of conflicting emotions from passionate love to violence and warfare.

Red denotes purity, joy, and celebration. Red is the colour of happiness and prosperity in and may be used to attract good luck.

Red is often the colour worn by brides in the East (I'm European but I chose a red wedding dress myself when I got married because of the association of good luck along with it being my favourite colour.) I loved that dress, halter neck princess seam fitted full length pencil skirt with a train and a matching red veil all of which I made myself in red raw silk hand painted flowers and millions of red seed beads hand sewen on. Wearing a red dress in any social situation makes you feel good, it has a mental stimulation and can make you feel like you're the centre of attention (Or wanting to be and no thats not my thing, in fact I'm painfully shy believe it or not!) its vibrancy makes you feel lively, animaed and sparkly and thats even without sequins, so I guess you can become the life of the party for that reason alone!

Use it in your advertising or in your art. If you want to get lots of attention for anything then use the colour Red. It gets people to take action or pay attention. Use red when you don't want to sink into the background, think back to the red dress. Do not don't use red and green together though as people who are colourblind will not be able to read the words well if at all. I learnt that the hard way!

Red suggests speed combined with confidence and is often associated with danger or trouble, think red cars, they go faster aor so  the myth says! I've never owned a red car but have always admired certain red cars; theres nothing quite like a flaming red lambogini right! In regards to danger, STOP signs are red arent they, need i say more?

With art a little bit of red goes a long way. Small doses can often be more effective than large amounts of this extremely strong colour. Multiple shades of red and even pink or orange can combine for a cheerful palette. An artwork I once saw and admired was about many shades of lipstick, a very effective piece!

The negative side  - In Russia the Bolsheviks used a red flag when they overthrew the Tsar, thus red became associated with communism; it is also the colour of mourning in South Africa and a gang colour in some countries including New Zealand.

When Red is Good

When Red is Bad

So what about Red in regards to Art

Here are some tips for using Red:
Red is a pigment that often fades when exposed to light. It will fade faster if used on a white background than it will on a dark one. If its not a permanent pigment then its best to use it at full strength rather than as a tint because of this. If you have seen old portraits like Rembrandts or Da Vincis you will recall them being dark and brown or green hues. I often thought why didnt they add a bit of red. They actually would have but over the years the red has faded out.

Use Red’s complimentary colour to make it appear brighter. Red is opposite to Green which is created by the other two primary colours blue and yellow. Just not in advertising where you want the viewer to read something.

Types of Red in alphabetical order-

Alizarin crimson: A rich, dark, transparent and cool red with a slight tendency towards blue and purple. Alizarin is great to add to other reds if you want to darken or deepen them. This red is good to use for glazing as it will add depth to your artwork without getting in the way or hiding any details underneath. A synthetic pigment related to traditional rose madder.

Cadmium red: Available in light, medium, and deep (or dark). These are usually very strong, warm, and opaque reds. Brilliantly coloured, with a good permanence and tinting power. Cadmiums tend to blacken when mixed with copper pigments. Mix cadmium red medium with cadmium yellow medium for a warm orange. Cadmiums are toxic.

Carmine: often called is a traditional red that's not usually light fast or permanent, however it can now be purchased in permanent versions.

Indian red: A warm, dark earth red with a tendency towards blue. Indian Red is made from natural iron oxide. It is a good mixing colour but only with transparent colours because it is too opaque to make anything but mud if you mix it with other opaque colours

Quinacridone red. Is a synthetic pigment, typically a deep red to violet in colour. Mixed with French ultramarine blue you will get a brilliant purple or with Payne's grey you can get a dull purple.

Rose madder: A very distinctive and transparent red. This pigment is made from the rose madder root. Some ranges will call it madder lake.

: is a rather bright and intense red, with a slight undertone of blue. is a strong colour which is also good for glazing.

Venetian red: this is a warm, earthy red which leans more towards orange. It is a light and warm pigment that is a darker shade of scarlet. It can be made from natural or synthetic iron oxide and different ranges will have different versions due to this.

Vermilion: is a bright and intense red made up from sulphur and mercury (mercuric sulphide). It’s usually a very expensive pigment, but you can get it now as a hue which is less expensive. Vermilion is toxic and prone to turning black in sunlight.

Tags: the colour red  why is red such a popular colour  art blog about colour  collette fergus art blog