And then there is Realism 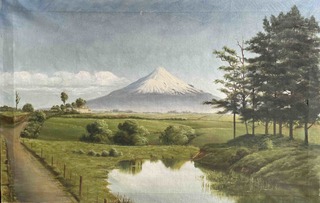 Realism is a type of art that shows things exactly as they appear in 'real' life. It began in the 18th century, but the greatest Realist era was in the mid-19th century. Most Realists were from , but there were some famous American painters who were Realists also including Whistler, if you watched the Mr Bean movie you will remember this famous artist, even if its not for the right reasons! 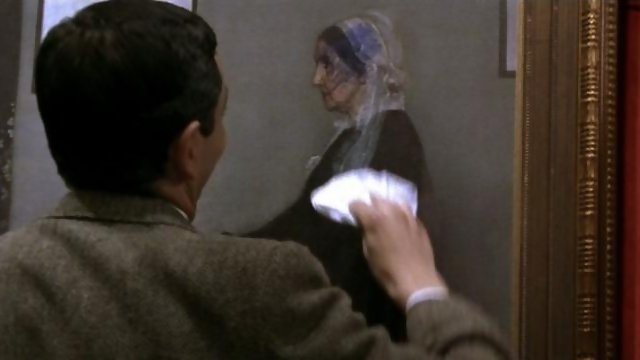 Most artists start off working in what they call Realism. It’s easier to understand and to work from what’s in front of you like photos or actual scenery or still life for example. Working from your imagination takes another form of thought and effort. You literally have to think very differently to do anything other than that.

NOTE: if you use other photographers images to work from, it is considered copyright theft if you don't have their permission or have paid for the rights to use the image. There are sites that provide royalty free images you can use like - 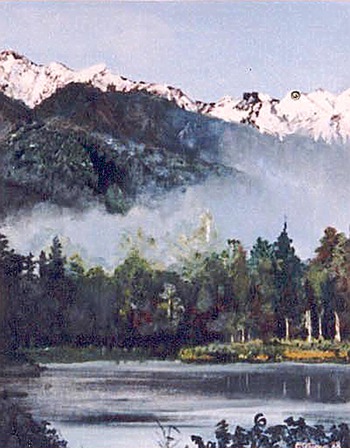 Realism is the art style most people regard as "real art", where the subject of the painting looks very much like it appears in real life. From a little distance everything looks "real" but up close you'll see it's an illusion created by skilful use of paint, of colour and tone. The artist uses perspective to create an illusion of reality, setting the composition and lighting to make the most of the subject. The next image is a modern still life I did using apples and a silver goblet.

The beauty of painting in a realist style is that unlike the actual subject itself, the painted product can be changed to suit the finished work, for instance, an artist can chose to leave out unwanted objects or effects and add others that enhance the look especially if they are wishing to portray a particular message in the picture.

You can choose to adjust lighting or colour tones, adding features or objects and generally decide how the finished painting will look. Obviously the object is to create a realistic viewpoint of what you are recreating however artistic license allows you the ability to alter what you see to say what you are wanting to say as realist art is more about that than anything else.

The mid 19th century Realist movement chose to paint common, ordinary and every day things sometimes even ugly images rather than the stiff, conventional pictures favoured by upper-class society. It was completely opposite to the traditional approach such as Neoclassicism and Romanticism (both which Joe Average Citizen sees as realism because of its 'realistic' nature.)

Advocates of the style were no longer preoccupied with the expectations of the Salons, Academies, or other art institutions of that time with the artists striving to paint scenes as they actually appeared. Often the artists depicted ugly and common subjects that were hinting at a social, political, or moral message.

The featured image on my Blog post is a 100 year old painting. It the last piece by my Great Grandmother,  Gladys Burton. It is a classic example of New Zealand realism art.

So are you painting in realism or are you not? Check out some of my other posts on different styles-

if you liked what you read, please consider a small donation by visiting my kofi.com page by clicking on this button