The Art of Spiderwebs 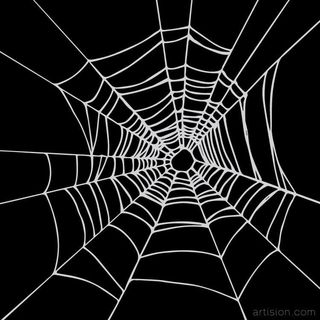 There’s something special about foggy frosty mornings, some people hate them but I myself, well I really like them a lot. The air of mystery and suspense that’s hidden in the swirling mist is inspiration for blending of colours and softening effects on the environment, but most of all the way the tiny droplets of water bring out the hidden magic of things like spider-webs. Love them or hate them spiders create such beautiful works of art that a fine layer of mist will enhance them for us, making them much easier to see and infinitely more beautiful. The patterns and delicacy of the finely woven structures can be quite impressive if you take the time to look at them closely.

When making its web, the spider uses its own body for measurement. In this way the web is the ultimate in practicality and ergonomic design. It makes it easier for the spider to get around the web quickly and efficiently and means it will not fall through the holes!

Did you know that a lot of our own architecture has been adapted from spider webs due to their clever construction and strength of design?

Not all spider webs are spiral or orb like in shape, though these are usually the most common:

So where does the spider start with their design? Well it is the first thread that is the most daunting for the spider. It will use the wind to carry that first thread from one of its spinnerets. With some luck it will stick to a suitable surface. This would explain why sometimes a spider would place its web in a certain place rather than another! After the first thread sticks, the spider will then strengthen it with a second thread. From there it carries on doing it until it judges that the “first” thread is strong enough to support the rest of the web.

Once that stage is finished, the spider will then go on to make a “Y” shape configuration. From there the first three radial surrounds are built and using its own sense of ergonomics, the spider ensures that the space between each radial is small enough for it to get over. With a little bit of mathematics, you can work out how big a spider is without seeing it: judging from the size of its web and the number or radials it has, handy thing to  know huh!?

Once the radials are finished the spider will make the center of the web stronger with approximately six circular threads. A spiral is then made which is not sticky like the rest of the web will be so the spider can move around while it is building the rest of the structure. Starting from the outside and working towards the middle, the spider will then create the sticky spiral threads that are there to help catch its dinner. As the sticky spirals are produced the spider removes some of the original non stick ones as they are no longer needed.

The web is now an incredibly efficient way of gathering food. The spider doesn’t have to go chasing after its prey – it just has to wait for it to land on the web.

So how come spiders don’t get stuck in their own webs?
Well the spider has to choose where it will wait for its prey and this part of the web is spun from the non sticky stuff. When they have to leave their monitoring position to wrap their prey that’s now stuck in the web, they have to be careful to only climb along the non sticky threads which of course only they know where they are! Its pretty high risk otherwise as they can become a target themselves for other insects who can claim them as a meal if they’re stuck in their own trap!

As much as I dislike spiders I admire the true craftsmanship and beauty of their webs.