What is Burgundy or Claret, colours or wines? 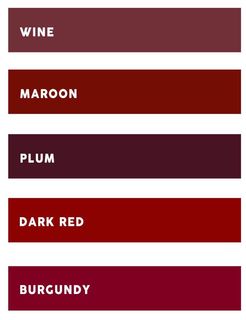 In addition to being a lover of red wine and a painter who has painted numerous works with wine bottles or glasses in them, this colour is one that I am quite familiar with, and one that I am fond of including in my artwork.

To omit the reference to wine would be a disservice. The shades of burgundy are often named after wines, making it easier for you to understand. I will include images so you will have a better understanding of the colour or colours themselves once you have finished reading my article.

On the colour spectrum, burgundy or maroon is a tertiary colour somewhere between red and violet. Getting back to basics red, yellow and blue are your primary colours; while green, purple and orange are the secondary ones created from mixing the primary ones on either side together eg blue and yellow make green. From there when we start mixing the secondary colours and create tertiary or third level colours that include all three primary colours of red, yellow and blue of varying amounts. They create our burgundy varieties along with the others.

Time to throw an image into the ring so here we have a colour wheel which demonstrates the three levels for you. You can see burgundy/maroon circled. It falls under the category of red/violet because this colour can only be created when red and violet are mixed together. 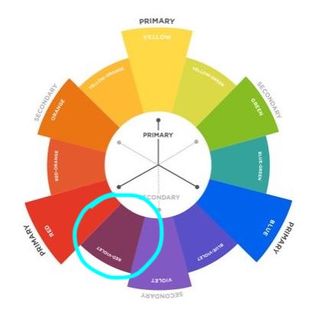 Let's delve into the wine connection a little more. Burgundy as a colour is a shade of purplish red usually associated with the Burgundy wine of the same name; this comes from the Burgundy region of France where that particular type of wine or grape variant is produced.

As I mentioned before the colour burgundy itself is similar to other shades of dark red such as merlot, claret or shiraz which are common wine names so therefore it is often called wine red, or simply wine. We can’t forget good old Sangria which is also a reddish colour that resembles Sangria wine, I’ve enjoyed a lovely glass or three of fruit flavoured sangria, over many summers, although watered down with other lighter coloured liquids, it still has that beautiful red colour on the burgundy spectrum. The word ‘sangria’ is Spanish and originates from ‘sangre’ which translates to blood in english. This is an appropriate name considering its colour as lets face it, blood is bordering on a burgundy red. Connections are everywhere right?

Burgundy, claret, merlot, shiraz or sangria have a major resemblance to dark carmine, crimson and many other dark reds. The image I have included shows the colors of wine. It is classed as a red and sometimes as a violet which does use aspects of violet to create it as we saw on the colour wheel. The non-red categorisation of this colour could be open for debate however, because its relation to violet is quite vague. If anything, it could be classed more as a dark pink, just a red or even a slight brown

We would classify Claret as an uncommon style of dark rosé, usually pink in color, rather than a true red or burgundy color. Until the 18th century, claret was the most common export from the Bordeaux region of France, now it is cabernet sauvignon and merlot blends. In the European Union, Claret is protected in the same way that Champagne is. The name refers to a red Bordeaux wine made in France. In the United States the word Claret is occasionally used as a semi-generic label for red wine in the style of Bordeaux, ideally of varietals authentic to the region. The French themselves do not use the term, except for export purposes.

I use this color in my artworks to represent wine. I don’t usually use it for anything else. However, it does come up as a popular colour in decorating schemes at times. It works well in décor art especially with silver and grey or black.

To make claret or burgundy which is dark red, you will need mainly a red pigment along with a brown pigment at around 8% brown. This will depend on the depth of the pigments you are using. If you want a colour which is like claret wine, you will need to mix in a very small amount of blue as well; I find French ultramarine works best for a good hint of blue. There are so many levels and options, so you should experiment to find which one suits your purpose.

There are different meanings associated with the colors burgundy, maroon, and claret, but all three are types of purple red. If you want to explore this further and need an accurate match for your colour scheme, try Pantone colour guides. This one below shows just what they describe as wine colours. You can purchase Pantone guides online or from art or decor shops. These guides are are not cheap but are worth the investment if you are working online and dealing with customers remotely. 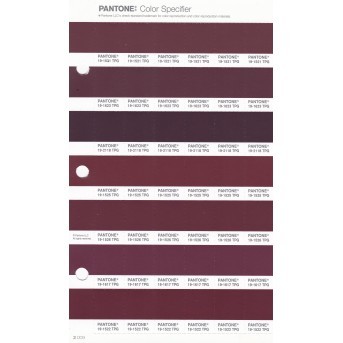